This popular Singaporean attraction gives thrill seekers the opportunity to experience skydiving. There’s no plunging, no jumping, no bad weather – just adrenaline rush and sheer exhilaration like no other. The flight experience starts the minute you set foot inside the airport terminal styled facility. 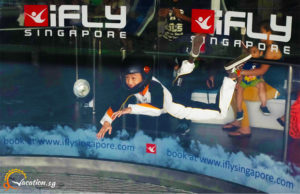 Measured at 5.02m in diameter and a height of 17.22m (equivalent of a 5-storey building), the vertical wind tunnel is the biggest in the world. Anyone, from first timers to seasoned skydivers and between the ages of 7 and 106 years can sign up for this. The facility’s top-of-the-line technology guarantees high levels of safety. With the tunnel’s sheer size, you can do a variety of movements like free-flying and formation skydive. Not only that, the acrylic glass wall allows the visitor to get a spectacular view of the Siloso Beach and South China Sea.
The Price 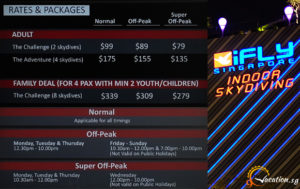 The experience comes at just 1/5th of a tandem jump’s cost (see rate above) and in return visitors will be receiving skydiving gear, professional guidance and an unmatched skydiving experience. And the most important of all, you will be getting the fun of your lifetime.

Patented and Top Notch Design
The facility is managed by SkyVenture’s global franchise network, which has more than 32 tunnels around the world. The company’s patented multiple overhead fans, wall-to-wall airflow and other such unique technologies deliver the most accurate and safest free fall simulation possible. At present, SkyVenture is the world leader when it comes to indoor skydiving simulation simply because of its safety measures and multiple patents.

As long as a person meets the criteria of SkyVenture, they can sign up to be a part of this amazing experience. Flying is possible even for those with disabilities.

The Flight Criteria
• The person must be weighing less than 120 kilos. One must notify the authority if he/she is exceeding the limits.
• Is at least seven years old.
• Is able to wear comfortably one of their helmets.
• Is not pregnant.
• Has not dislocated his/her shoulder previously and has no history of heart problems or neck/back injury.
• Is not under the control of non-prescriptive drugs or alcohol.
• Is not dressed in a plaster cast.
• Has signed iFly Singapore’s indemnity form.

GUINNESS WORLD RECORDS has accredited S.E.A. Aquarium to be the biggest aquarium on earth and now it is your chance to discover and be a part of this awe-inspiring world. You can immerse yourselves into this magical marine world as seen through this planet’s biggest window to the ocean.
Over 800 species of fishes can be found here, with the aquarium being home to enormous goliath grouper, majestic manta rays and napoleon wrasse among others. The aquarium gives you the chance to look into the eyes of more than 200 sharks and unravel the secrets that have long been surrounding these ocean predators. 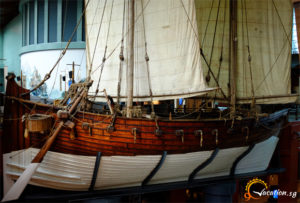 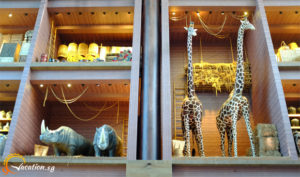 Before you step into the aquarium in the lower level, the journey to the underwater world starts with the display of artefacts.

Java Sea and Strait of Karimata 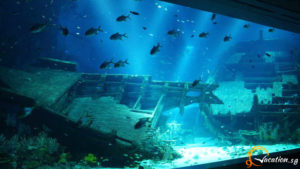 Right after entering the aquarium, you’ll be amazed by the shipwreck and locate squadrons of pompano, batfish, threadfin trevally, and others.

Andaman Sea and Strait of Malacca 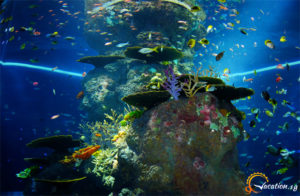 You can go on an underwater journey through Andaman Sea and Strait of Malacca where a magnified marine life is ready to be encountered them. Here, you can walk across glass floors and watch the ocean life swim right beneath your feet. You can also get up close with the leafty seadragons that are usually found in colder water. 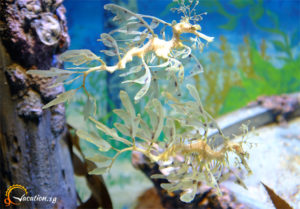 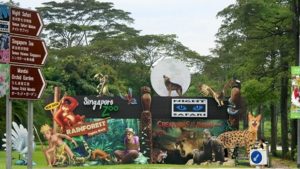 Conservation
Singapore Zoo boasts of being the first zoo throughout the World to rear polar bear in tropical climate. The bear named Inuka was conceived in 1990.

The Zoo is home to nearly 315 species of animals, of which 28 species are considered threatened. It has the largest colony of captive Orangutans on Earth. Keeping up with its commitment, Wildlife Reserve Singapore opened Wildlife Healthcare and Research Centre in 2006 to provide infrastructure to overseas parks and zoological partners for research. Various conservation and rescue initiatives are underway in the name of Night Safari and Singapore Zoo.

Shows and Events
The main amphitheatre in the zoo is Shaw Amphitheatre. It shows Rainforest Fights Back, which is a drama performed by actors and animals such as cockatiels, pea fowls, lemurs, orangutans, etc. together. Visitors are allowed to meet and interact with orangutans during Breakfast with an Orangutan session.

Elephants at Work and Play is another show where domestication of elephants in some southeast Asian countries is depicted. Mahouts or caretakers of elephants exhibit how they instruct the largest terrestrial beast to obey their commands. Children’s section of the zoo has Kidzworld Amphitheatre, which shows Animal Friends featuring trick performance by domestic animals such as parrots, dogs, etc.

The life and intelligence of aquatic and marine animals and seabirds like dolphins, seals, pelicans, etc are exhibited in Splash Safari. The animals demonstrate their hunting techniques and perform tricks too.

The expanse of Singapore Zoo has remained the same 28 hectares since opening. However, the secondary forest developed later for Night Safari occupies 40 hectares. Night Safari and Upper Seleter Reservoir instil the sense of unrestricted natural space into Singapore Zoo. 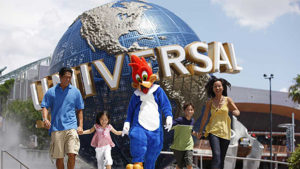 This theme park is situated within the boundaries of Resorts World Sentosa. It is Universal Studios’ second theme park in the continent of Asia (after Japan). Since its introduction back in October 20, 2009, the park has attracted over 2 million visitors and still counting.

The park is 20 hectares in size and occupies the eastern part of Resorts World Sentosa. In total, there are 24 attractions with 18 of them being original or adapted especially for the park. Universal Studios Singapore consists of 7 themed zones surrounding a lagoon, with each of the zones being based on a popular movie or a TV show. The 7 theme zones are named Hollywood, New York, Sci- Fi City, Ancient Egypt, The Lost World, Far Far Away and Madagascar.

New York
This one is based after post-modern NYC and features classic landmarks and sidewalks mimicking the cityscape. Character appearances include Big Bird, Bert, Abby Cadabby, Elmo, Grover, Oscar the Grouch and Cookie Monster.

Ancient Egypt
This place is modelled on the ancient Egyptian artefacts and architecture that was discovered during the 1930s and features the typical obelisks and pyramids. Major attractions include Revenge of the Mummy, Treasure Hunters, Carter’s Curiosities and Oasis Spice Cafe.

Far Far Away
This zone is inspired by the Shrek franchise and features a number of recognizable locations, with the main highlight being the ‘Far Far Away Castle’. Popular attractions here include Shrek 4D Adventure, Enchanted Airways, Magic Potion Spin, Donkey Live, Goldilocks and Friar’s.