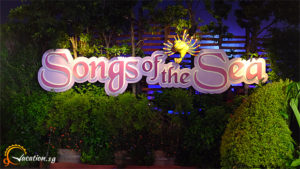 The multimedia show Songs of the Sea is organised on the Sentosa Resort Island. It is currently known as Sentosa Musicals, which replaced Magical Sentosa in 2007. The show involves multimedia and fountains that are worth $30 million in total. It is the only multimedia show that is permanently set at a beach in the whole World. The open-air gallery has accommodation capacity for 2,500 visitors. The show involves 7-person live performance, flame bursts, laser show, water jets and pyrotechnic displays. The water projections reach up to 40 metres and form water screen on which CGI animations is projected. It has won ASEAN Tourism Association Award and THEA Award.

As soon as the show is over, huge crowd will build up at the Beach Station. So instead of waiting to board at the station, it is recommended you take a 10-min walk to the Impiah Station as it is a lot less crowded and you can get immersed in the beautifully lit-up walk way as well. 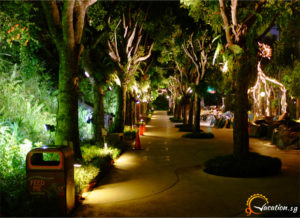